Let’s get one thing out of the way right off the bat: I’m not here to lecture you about your alcohol intake, tell you that it’s evil, or that anyone NEEDS to quit drinking…

If you’re a guest in someone’s home, it would be common practice for them to offer you an alcoholic beverage.

If you attend a networking event, there is often a bar with alcohol for sale.

If you’re at a wedding reception, alcohol is almost certainly available.

Alcohol is commonly used in religious/spiritual ceremonies from all over the world. The examples are virtually endless.

This does leave some people asking the question of HOW alcohol became so entangled with so many of our regular activities?

When we consult the history books, we learn that alcohol has been around for thousands of years. There is evidence that suggests people drank alcohol as far back as 10,000 BC!

As soon as you realize that she does not mind chatting more, be sure: the acquaintance took place. The traditional Mega Personal Buffalo N end of dating is to ask the beauty for a phone number or make an appointment. The girl is not in a hurry – invite her to the nearest cinema or for a cup of coffee. If she can’t make time for you today, offer to write down your phone number.

Beer was actually considered to be a necessity of life and was brewed daily in the homes of the Ancient Egyptians. It was believed to offer needed nutrients and medicinal value and was even used as a form of currency. This was believed so deeply that when someone died they would be entombed with beer and wine so that the deceased could have it with them in the afterlife.

With all of that said, the Ancient Egyptians seemed to warn against excessive drinking and inebriation and stressed the importance of moderation.

In China, alcohol was commonly used for a wide variety of ceremonial purposes, whether that be holding a memorial, making a sacrifice, taking an oath of allegiance, a marriage, birth, or just about anything else that might be cause for ceremony or celebration.

We find similar stories in Greece, where mead – an alcoholic beverage made from honey – was the first to gain widespread popularity. Somewhere around 2,000 – 1,700 BC wine had become the drink of choice in the region. It became part of religious rituals, was valued for its medicinal properties, and was considered an essential component of good hospitality.

Even though alcohol was considered an irreplaceable part of many of their cultural practices, the Ancient Greeks – like the Ancient Egyptians – also stressed the importance of moderate drinking and, generally speaking, would avoid drinking in excess.

A BRIEF HISTORY OF OUR INGRAINED RELATIONSHIP

In the Catholic Church wine is used for communion, as a way of paying tribute to The Lord’s Supper. While different denominations practice this in different ways – and there are some that opt to use pasteurized grape juice in lieu of wine – they all perform some version of this tribute.

In the Jewish faith, the Talmud lays out specific rules surrounding the consumption of wine including how much can be drunk on the Sabbath, the way it is to be drunk, and the extent of one’s personal responsibilities for their behaviours while intoxicated.

By the Middle Ages humans had discovered the science of distillation, introducing a whole new way to produce and consume alcohol. There was much interest – not only from the monks who were producing much of the world’s alcohol at that time, but from alchemists and physicians – regarding its possible uses as a treatment for a wide variety of ailments.

Distilled alcohol even came to be known as Aqua Vida – “The Water of Life” – thanks to the believed medicinal properties it held.

As time went on, consumption increased and the dedication to moderation seemed to dwindle in many cultures. This may have been at least partially due to the love affair that several monarchs and other cultural leaders had with the beverage.

Much like how men stopped buttoning the bottom button of their vests and jackets to follow the lead of King Edward VII, perhaps it became a socially implied expectation that if the king is drinking to excess, everyone else should be too.

Another possible explanation for the uptick in alcohol consumption was the scarcity of clean water. Remember that alcohol was considered to be “The Water of Life”, and believed to have a host of medicinal properties. If given the choice between that or H2O from an unclean source, it is understandable that many opted for the “safer” alcohol.

By the early 20th century, drinking to excess had become so prevalent that it was commonly blamed for the increase in crime, poverty, and infant mortality that was occurring around the same time.

It got to the point where, believing that simply asking people to drink moderately would not be effective, several governments (including Canada and the US), implemented a full prohibition of alcohol.

Unfortunately, this had the opposite effect of what had been desired: it resulted in the compounding of the existing issues with the addition of a whole new branch of organized crime. The underground market for alcohol resulted in an increase in crime and violence, eventually leading to the repeal of prohibition.

So, now that we know all of this about alcohol’s history, it’s easy to understand how it came to be so common in our daily lives.

This brings us back to my original question: How do you feel about your own unique relationship with alcohol?

Does it affect your ability to achieve your goals in any way?

If you’re reading this blog, odds are you have some kind of health or fitness related goals. Might alcohol be holding you back from achieving them?

If you’re struggling to lose weight, the added calories that alcohol provides could be impacting your results. With the average beer containing anywhere from 120 to 220 calories, depending on type, and the average glass of wine containing 120-165 calories, a few drinks can add up pretty quickly.

Beyond the calorie content, it’s incredibly common for people to consume more additional calories in the form of food after consuming alcohol, increasing our caloric intake even further.

Maybe it impacts your ability to consistently get your exercise in…

Ever wake up in the morning, having had every intention of getting a workout in, but not feel up to it due to alcohol’s lingering effects?

Some people still don’t fully realize how important sleep is when pursuing physical goals of any kind. It’s important to know that, while exercise is the stimulus for your body to change, that change actually happens when we’re asleep and having alcohol in our system while we sleep impairs those restorative processes.

I’m very sorry to have to tell you that the “pass out” effect of alcohol does not offer the same restorative benefits of sober sleep. Sedation and rest are NOT the same thing.

Whether your physical goals are more focused on aesthetics or athletic performance, alcohol has the potential to negatively impact your results.

Do you find yourself turning to alcohol to enhance your current situation, or is it a form of escape? If you’re using it as an escape, what from?

Left to your own devices, would you drink the same amount that you currently do, or do you find yourself influenced by those around you. If it’s the latter, are you being influenced in a way that is in-line with your personal goals and values, or do you feel like you’re being pulled towards a path that is not true to who you want to be?

As we move into the Holiday Season, try to bring this new understanding of alcohol into your daily life. There are signs of cultural influence everywhere this time of year: Rum & EggNog, Mulled Wine or Cider, Baileys on the rocks or in coffee, etc.

Before you have that drink ask yourself any of these questions:

“Am I having this drink because I think it will enhance my experience today OR am I using it as a way of escaping what’s going on?”

“Am I having this drink because I’d really like to, or am I just drinking it because it’s available?”

“Is having this drink in-line with the type of person I believe myself to be, or the person that I strive to be?”

As long as you’re comfortable with your answer (and you’re the legal drinking age where you are) you’ve got my blessing to go ahead and enjoy your drink. Not that you needed it.

One last thing: if you do choose to drink, please don’t drive. IF Insights, IF General
Read More I Can’t Stress The Importance Enough 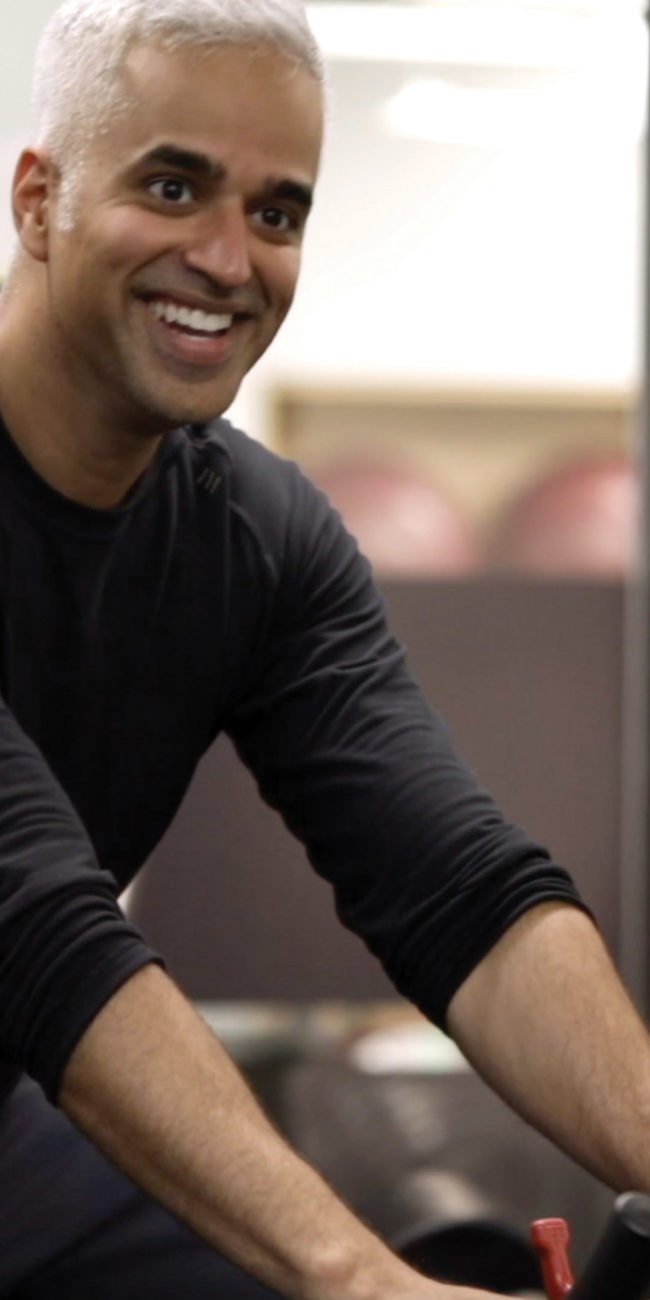 “Training with Matt has been life changing. I wa

💪Our team at @ifnorthvan is here to coach busy

Do you know the benefits of resistance training in

Addicted to crushing your GOALS? We are too! Mess

We don’t feel our way into behaving differently,

🌊Are you making time for outdoor activities? @

“Innovative Fitness Forest Hill is such a Great

This past weekend @ifcoquitlam conquered an epic h

⚡️Have you been thinking about your FITNESS GO

Congratulations to all the riders in last weeks @o

👉🏼How to improve your gut health: Three rese

💥REIGNITE YOUR HEALTH You have goals, we can h

“I’ve been a member with IF since the beginnin

👋Meet the IF Coquitlam team! “We are a premi

#TBT to the team at @ifcoquitlam hiking the amazin

Did you know NOT eating within a two-hour window f

Are you ready to JOIN US at the @ifnorthvan studio

“I had the most positive experience at IF and I

#THROWBACK to Mens Night at the Vancouver Golf Clu

WHAT IF YOU COULD?®

MENU
TRY A WEEK ON US